Mba Ukweni Edu, a serving Superintendent of Customs, has been kidnapped at a river in Cross River State.

The incident, according to an eyewitness who pleaded anonymity occurred on Friday between 1 and 2 pm at the riverbank in Etono Central in Biakpan.

It was learnt that the victim was posted to Ikom in Cross River State in preparation for his retirement having worked in the Western part of Nigeria.

“He has worked in Cross River State before and in Calabar but this time around he was posted to Ikom, he came in from Lagos

“He is a staff of Customs and a superintendent of Customs still in service and soon to be retired. He should be in his late 50” the eyewitness informed.

When contacted, the Mba Ukweni, Senior Advocate of Nigeria (SAN), via phone on Saturday, said the victim is his uncle.

“The victim is my uncle; he was kidnapped on his way back from Calabar, in the Cross River (Ferry Point).

“They came with guns and shot sporadically to scare the people away in the river bank. The suspected kidnappers were not less than five and they came in a flyboat.

“They pushed him into their flyboat and sped off. He was crossing and returning back to Calabar when the incident occurred.

“It was at the ferry point between Etono Central and Ubeng. It must be on a tip that he was crossing, the incident occurred between 1 pm and 2 pm Friday

“The kidnappers have reached out to the family on Saturday and demanded N100m, Police has been informed.

“This is the first time we have had such an incident, we suspected them to come in from Calabar because they moved toward Akwa Ibom routes which mean they were coming toward Calabar” he explained

When contacted via phone on Saturday, the Deputy Police Public Relations Officer, Igri Ewa said he was not aware of the incident, “I am not aware for now, they have not informed us” he said. 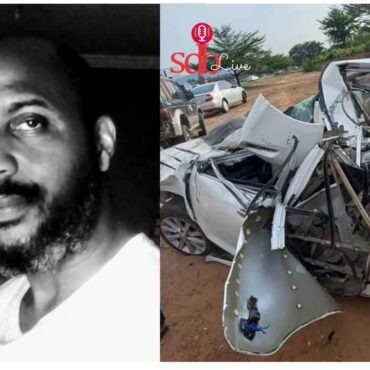 It has been reported that Lieutenant General Joshua Dogonyaro, a former Chief of Defence Staff during the regime of the late General Sani Abacha, is dead. Dogonyaro died after brief illness  on Thursday morning at The Jos University Teaching Hospital at 80 years old Sdb Live news gathered that his body has been deposited at Air Force Hospital in Jos, Plateau State. Joseph, the first son of the deceased disclosed […]