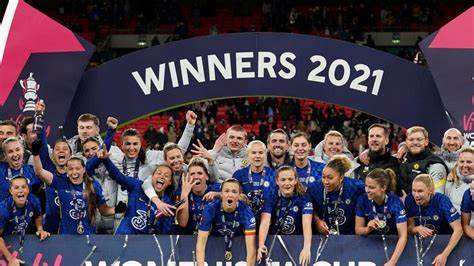 It was gathered that the female Chelsea took an early lead in the final at Wembley on Sunday when 28-year-old English professional player, Fran Kirby fired in a goal just three minutes into the game.

Emma Hayes’ side doubled their lead with another goal from Sam Kerr while the host team were still hoping for an equalizer in the tough game.

Dominating Chelsea sealed their win with another brilliant goal after Sam Kerr made a dink over Zinsberger.

It was a hugely impressive performance for the Blues, who were making their fifth FA Cup final appearance against an Arsenal side.

The 3-0 victory also saw the Blues complete a domestic treble after the competition was postponed last season because of the coronavirus pandemic.

Speaking in a postmatch interview, Chelsea’s double goalscorer Kerr said: “I think we deserved it – I think we played really well, as we have done in the past few weeks.” 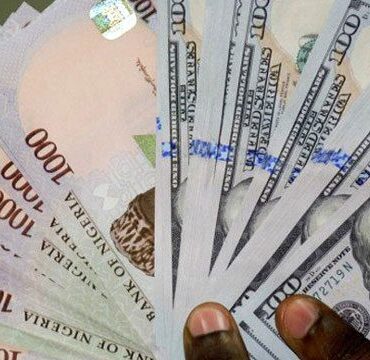 Dollar To Naira Exchange Rate As At December 6

Information gathered from  the data at the FMDQ Security Exchange where forex is traded officially, exchange rate between the naira and the US dollar opened at ₦413.85/$1 on Monday 6th, after it closed at ₦414.73 to a $1 on Friday, 3rd December 2021.  Likewise,the exchange rate for a dollar to naira at Lagos Parallel Market (Black Market) players buy a dollar for N560 and sell for N562 on Monday, December 6th 2021, according to sources at Bureau De Change(BDC). […]