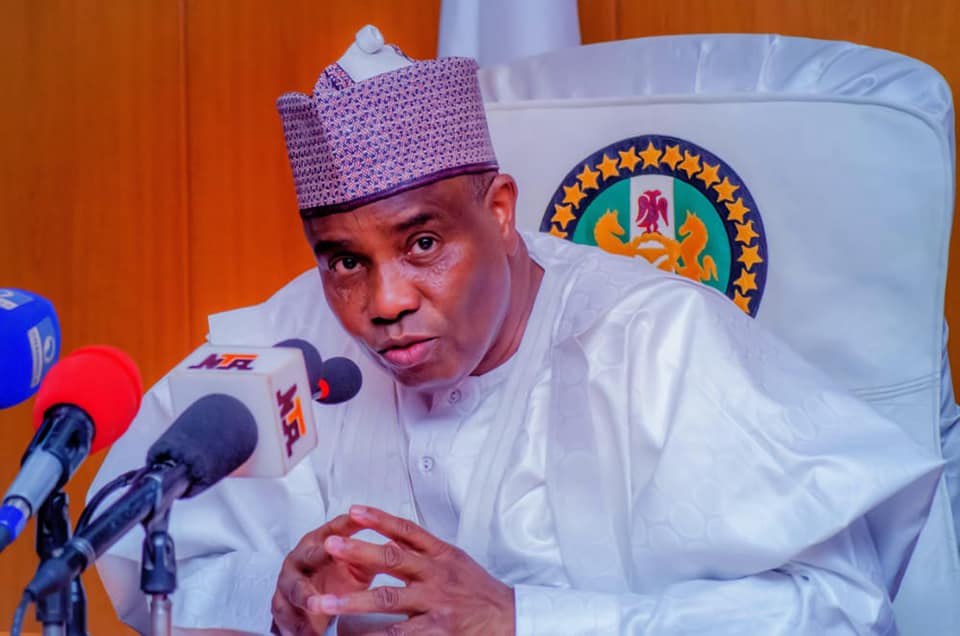 Sokoto Governor, Aminu Tambuwal, on Monday declared his intention to contest for President in 2023 under the Peoples Democratic Party (PDP).

The former Speaker of the House of Representatives made the announcement in Sokoto after a stakeholders’ meeting.

Tambuwal explained that his decision was based on calls by the state chapter of the PDP, agreeing to begin a nationwide consultation in the pursuit of his ambition.

“The governor stressed that the direction of current political pursuits must be based on a genuine effort to produce a President for the benefit of Nigeria and Nigerians.