At least eight people died and 38 were injured in a crush outside a stadium hosting an Africa Cup of Nations soccer game in Cameroon, the government said in a statement on Tuesday.

The crash happened as crowds struggled to get access to Olembe Stadium in the Cameroon capital of Yaounde to watch the host country play Comoros Islands in a last-16 knockout game in Africa’s top football tournament.

Witnesses at the stadium said children were among those caught up in the crush. The witnesses said it happened when stadium stewards closed the gates and stopped allowing people in. 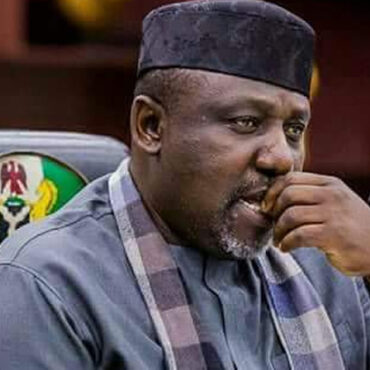 Senator Rochas Okorocha has officially declared to run for Presidency in 2023. Okorocha announced his intention on Wednesday in a letter to the Senate President which was read by Ahmad Lawan at plenary. The lawmaker said he will address a world press conference on Monday 31st January 2022 to officially declare his ambition to contest the presidency. Okorocha is a senator representing the Imo West senatorial district on the platform […]