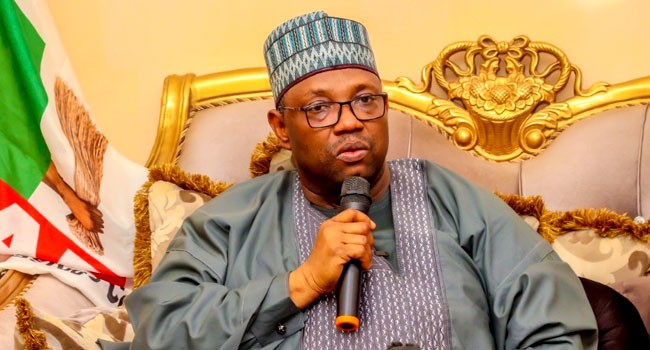 One of the All Progressives Congress (APC) national chairmanship aspirants, Dr Sani Shinkafi, has announced his withdrawal from the race.

Shinkafi, a former national secretary of the All Progressives Grand Alliance (APGA), made the announcement at a press briefing on Monday night in Gusau, the Zamfara State capital.

He explained that his decision was to respect the party’s leadership which zoned the office of national chairman to the north-central region.

Since Zamfara did not fall within the states in the region, Shinkafi believes it is unnecessary to remain in the race.

He thanked the coordinators of his campaign across the country for their support, saying he has sacrificed his destiny of becoming the party’s national chairman to God who decides what happens at the time he wishes.

The leadership of the party has insisted that there was no going back in its decision to hold the national convention on Saturday, March 26.

Two members of the House of Representatives and 18 others from the Cross River State House of Assembly, sacked by a court in Abuja, have filed a suit at the Court of Appeal in the nation’s capital to challenge the judgement which removed them from office. A Senior Advocate of Nigeria (SAN), Mike Ozekhome, filed the appeal on Monday on behalf of the lawmakers. The Special Adviser on Media and […]