De Paul, 27, has signed a five-year contract with Los Colchoneros and gets the opportunity to complete unfinished business in Spain.

The midfielder spent two years with Valencia from June 2014 but endured an unsuccessful spell, failing to win over Nuno Espirito Santo and then Gary Neville, who allowed him to return to former club Racing on loan in February 2016.

De Paul came through the youth ranks at Racing and made his jump up to the senior side the year after Simeone left the club for Atleti.

After his brief loan return to Racing concluded, Valencia sold De Paul to Udinese where he looked to recapture the form that had earlier seen him identified as one of South America’s most promising young players.

He was a regular throughout his five years in Serie A but enjoyed his finest campaign of all in 2020-21, displaying a skill-set that looks an ideal fit for the requirements of a Simeone team.

Throughout Simeone’s 10 years as Atletico coach, his signings of creative players have tended to be hit and miss, with it a common conception that his intense demands both in training and during matches can sometimes stifle more mercurial talents who are not used to such workloads.

But De Paul, who is comfortable playing both centrally and out wide, has shown plenty of evidence he should be up to the challenge and is relishing the chance to play under Simeone.

“I’m very happy to have the opportunity of working under Simeone’s commands,” he told Atleti’s website. “Firstly, because of the kind of football manager he is; one of the all-time best.

“I love football, it’s part of my daily life, and having a manager of Simeone’s high-calibre guiding me is a privilege.

“In addition, it fills me with patriotic pride. I’ll enjoy being under his command because I grew up watching him play with Argentina’s national team.” 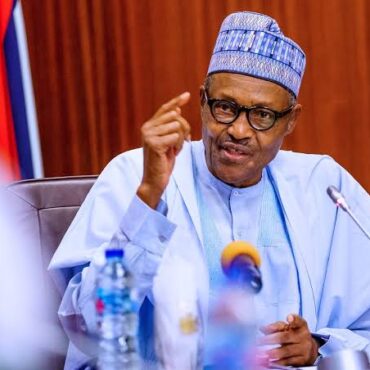 Femi Falana, a Nigerian Human Rights activist and Senior Advocate, has said on Tuesday that every attempt by President Muhammadu Buhari’s administration to take the country back to 1984 era will largely be resisted by Nigerians. Falana who said this at the 13th Wole Soyinka Centre Media Lecture Series to commemorate his 87th birthday, said that the way  Nnamdi Kanu and Sunday Igboho is being treated is similar to what […]