Baby dumped on church altar get christened days after in Ondo. 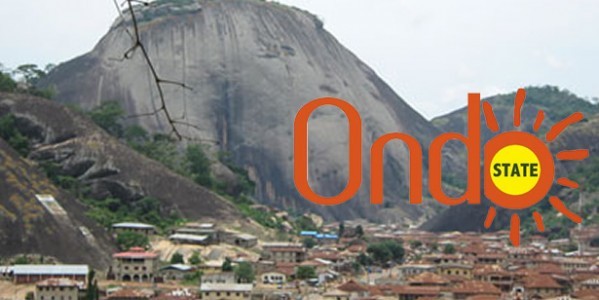 Ondo State Ministry of Women Affairs and Social Development, Akure, have named a baby girl dumped on the altar of a church after the wife of the state governor, Mrs Betty Akeredolu.
The child was named Betty Emmanuella Akeredolu, was dumped last Wednesday on the altar of the Cherubim and Seraphim Church at the Oda area of Akure by an unknown person.
Church members, who first saw the baby, invited the police to the scene,after which the police later handed her over to the state ministry officials.
The baby was said to have been christened at the headquarters of the ministry in Alagbaka, Akure, the state capital, in the presence of the Senior Special Assistant to Governor Rotimi Akeredolu on Women Affairs and Social Development, Mrs Omolara Kehinde-Adeniran, and other officials of the ministry.
The Ondo State Police Public Relations Officer, Mrs Funmilayo Odunlami, who confirmed the incident, said the command was still investigating the circumstances surrounding the dumping of the baby.

The Secretary of the ministry, Mrs Foluke Tunde-Daramola, said the baby would receive adequate care at the state orphanage.
“It is sad to see some people lose a baby without thinking about the pain of pregnancy and the day of the knee. There are many factors that can contribute to the loss of a child in society. “Childcare is not something that can be taken lightly, so anyone who is not yet ready should stay away from sex or protect themselves,” she added.

The policemen who were travelling, ran into an ambush by the gunmen as confirmed in a statement on Sunday by the Anambra spokesperson, Ikenga Tochukwu. He explained that the policemen fought back after running into the ambush but two of them lost their lives while one is still unaccounted for. Tochukwu revealed that the gunmen burnt the bodies of the slain officers. However, two civilian drivers travelling with the policemen […]