Karim Benzema, the Real Madrid and French striker, won the 2022 Balloon d’Or at the event held in Paris, France, on Monday, 17th October. This serves as a reward for a remarkable success with Real Madrid.

Benzema is the first French winner of the most prestigious individual award in football since Zinedine Zidane in 1998. He scored 44 goals in 46 games for his club last season as Real Madrid won the Champions League and La Liga. He won the UEFA Champions League when his team defeated Liverpool by a lone goal at Stade de France, Paris, France.

Fifteen of his goals came in the Champions League, including hat-tricks in the knockout wins against Paris Saint Germain and Chelsea and three more across both legs of a stunning semi-final defeat of Manchester City.

Benzema pushed Sadio Mane into second place, although the Bayern Munich and Senegal star did have the off-field work recognized as he was given a new award name after former Brazil star Socrates.

Winning the award caps a remarkable career revival for Benzema, who was frozen out of the France team for five and a half years because of his involvement in a blackmail scandal over a sex tape involving teammate Mathieu Valbuena. He was later handed a one-year suspended prison sentence and fined 75,000 euros ($73,848).

He returned to the national team for last year’s European Championship and will attend the World Cup in Qatar with France in November.

The ruling party, All Progressive Congress (APC), has released a new list of its Presidential Campaign Council (PPC). In addition, Abdullahi Adamu, the party's National Chairman, is made the deputy of the President, His Excellency Muhammadu Buhari. Remember that the 422-man committee list, which was announced previously, compromising important members and political heavyweights to take charge of the sub-committees of the campaign council, caused confusion. Some notable members of the […] 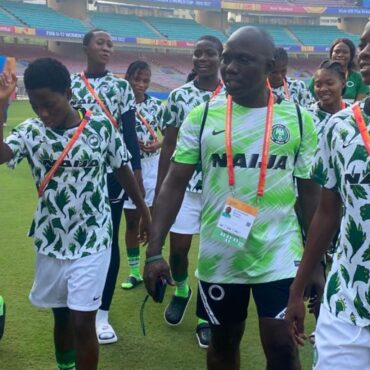