BREAKING!!! Man shot dead at an ATM in Ibadan

It so sad that a man whose identity is yet to be known was shot dead at the Water bus stop, along the University of Ibadan-Ojoo Road today June 21 shortly after he had made withdrawals from one of the Automated Teller Machines ATM in the area.

The Report we got from people that witnessed the incident said the man was about to leave the ATM point when he was attacked and shot by the assailants.

The man, who was shot in his private parts, died in an undisclosed hospital in Ojoo. Several people have been making comments that maybe the assassin who killed the man was on a revenge mission as he fired the bullet straight on his private organ. What a wickedness! The state police command is yet to react to the incident. 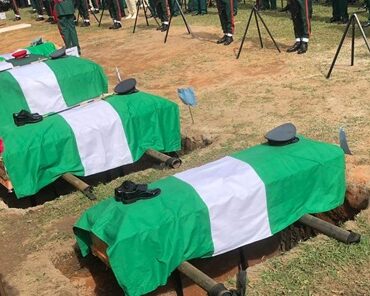 Commercial motorists in Ekiti have raised their voices loud to the Government to help them reduce the cost of the fees they are required to pay for the collection of new driver’s licences and the renewal of expired ones. Someof the motorists who spoke with the News Agency of Nigeria (NAN) in Ikole-Ekiti said that it has become difficult for them to afford the exorbitant fees charged by the Ekiti […]