A Federal High Court in Abuja has struck out a motion on notice filed by Ebonyi State Governor, David Umahi, seeking to stay the execution of a judgment removing him from office.

Justice Inyang Ekwo struck out the motion on Monday following the withdrawal of the case by the plaintiffs in the suit.

A Senior Advocate of Nigeria (SAN), Chukwuma Ma-Chukwu Ume, who represented Governor Umahi and his deputy, Kelechi Igwe, informed the court of the new development.

The decision by both men, according to the lawyer, is hinged on the fact that they have now approached the Court of Appeal, Abuja Division, to reverse the March 8 decision of the court which removed them from office, to ensure they are reinstated.

Ume prayed the court for the withdrawal of the motion, a request that was not objected to by another SAN, Emmanuel Ukala, who represented the Peoples Democratic Party (PDP).

In a short ruling, Justice Inyang struck out the motion, with the focus now turned to the appellate court in the quest to reinstate the sacked governor and his deputy.

This comes two weeks after the court sacked Umahi and Igwe as governor and deputy governor of Ebonyi State respectively, on the request of the PDP after both men defected to the All Progressives Congress (APC) in November 2020.

Relying on Section 221 of the Constitution, Justice Ekwo had ordered the PDP to immediately send names of replacements to the Independent National Electoral Commission (INEC) and ordered the governor and his deputy to vacate their offices. 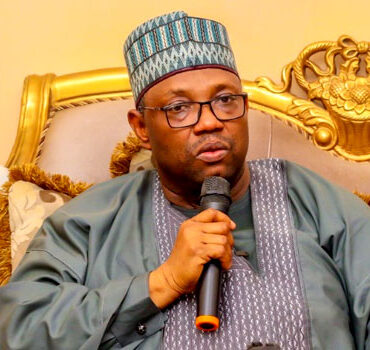 One of the All Progressives Congress (APC) national chairmanship aspirants, Dr Sani Shinkafi, has announced his withdrawal from the race. Shinkafi, a former national secretary of the All Progressives Grand Alliance (APGA), made the announcement at a press briefing on Monday night in Gusau, the Zamfara State capital. He explained that his decision was to respect the party’s leadership which zoned the office of national chairman to the north-central region. […]