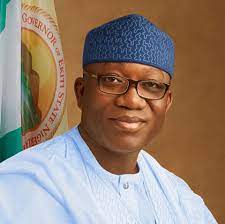 Governor Olukayode Fayemi of Ekiti State has formally declared his intention to contest for president in 2023 on the platform of the ruling All Progressives Congress.

He guaranteed to ensure youth empowerment when he becomes the president.

He also promised to “retool the Armed Forces and security agencies”.

He also promised decentralization of the government to be brought closer to people for accessibility.

He also assured other aspirants that “I will adhere to the highest standards of decorum and decency.”

When you fall in love with someone out of another country, you're going for a big risk. Not only do you risk rejection, but you will also have to deal with visa issues. In addition, you'll have to figure out how to legally live together. It's quite difficult. The best way to avoid cultural distinctions is to get in touch with your partner. Even if you don't speak their dialect, learning some phrases will probably be helpful in talking. It […]