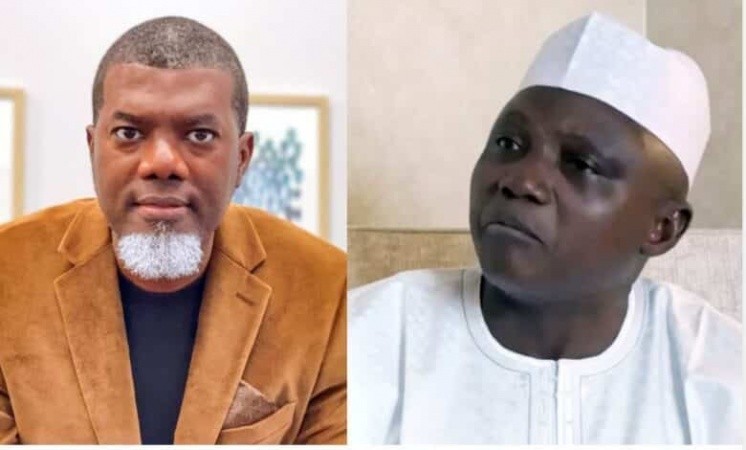 Presidential spokesman, Garba Shehu and former presidential media assistant, Reno Omokri, exchanged words over the insecurity ravaging the country.
Reports has it that the duo engaged in social media exchange of words over claims by Shehu that President Muhammadu Buhari deserves credit for his efforts to tackle insecurity in the country.

He made this known at the weekend while presenting a paper, entitled: “Fake news: Challenges of information management,” at the 10th year anniversary of the Federal University Dutsin-Ma (FUDMA), in Katsina state.

The senior Special Assistant to the President (Media & Publicity) had said: “It is a fact that the Buhari administration is the only government of Nigeria that has put forward a workable solution to the herder-farmer challenge in Nigeria. He also added that the government is also tackling the security challenges in the North.

Reacting in a tweet via his Twitter handle on Saturday, Omokri disagreed with Shehu’s claims that the Buhari government has combated the farmers/herders clashes in the country.

He also challenged Shehu to visit Bama in Borno state unescorted by security operatives and stay a weekend in the town if he believes that the activities of Boko Haram had been curtailed.
“Yesterday, Garba Shehu renewed his claim that ‘Buhari deserves credit for tackling insecurity’. I renew my challenge to Garba. Spend a weekend alone, without security, in Bama. I will pay him $50.000,” he wrote.
Reacting to the challenge in a Facebook post, Shehu accused Omokri of alleged corruption and financial recklessness.

He wrote: “My message to anyone who made money using Leah Sharibu’s sad ordeal, and they are flaunting it remains unchanged: This is blood money. I don’t need any of it. Period.”
In a swift reaction, Omokri denied his involvement in any corruption case, asking the presidential aide to back up his claims with evidence.
He wrote: “If you have evidence that I have made money from Leah Sharibu’s ordeal, please expose it. You have access to the media. Alternatively, if any individual, church, foundation, government or country has given me even one kobo for Leah, please speak now, or forever remain silent.
“Leah Sharibu’s father, Nathan, did a video denouncing your false allegation the last time you made this allegation last year. Rather than make money from Leah, I wrote a book about her, which inspired a BBC Documentary, and got the attention of the US government, and donated all the proceeds to her parents, plus £4000.

“I received an award in Hollywood for my altruistic sacrifice on behalf of Leah. And during the awards ceremony, broadcast worldwide, I also repeated this challenge to you government to@provide any evidence that I have benefited from #FreeLeahSharibu. Two years later, you are still making false allegations without evidence, like your failed agent, Natasha H Akpoti.
“Having said that, the issue is not Leah Sharibu. The issue is that you said, and I quote “Buhari deserves credit for tackling insecurity”. If you really believe that, Garba, then I challenge you to go to Bama in Borno, for a weekend, alone, without security. And I will pay you $50,000.
“But if even you believe my money is ‘blood money’, then do it because you believe “Buhari deserves credit for tackling insecurity.
“Garba, you and I used to write anti-Buhari material between 2003-2005 when you were HE @AAtiku’s spokesman under a Peoples Democratic Government. Today, you are praising the man you once denounced.”
GIST 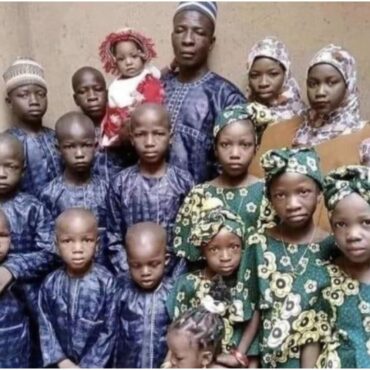 Nigerians React As Man Display Photos Of His Children.

A photo of a Nigerian man seemingly from the northern part of the country posing with his children for a family portrait has caused a stir after it surfaced on social media. In the now-viral photo, the family man who’s yet-to-be identified was pictured with his over sixteen children posing for the camera in a family portrait photo. His kids who all wore uniformed attires according to their gender also […]