Liverpool’s dreadful run of form continued as they suffered their sixth straight Anfield defeat as relegation-threatened Fulham earned a 1-0 win on Merseyside.

Liverpool came into the game on the backdrop of a much-publicised woeful run of form, and with their Champions League last 16 second-leg against Leipzig to come, Jurgen Klopp opted to make a number of changes to his starting XI, with Sadio Mane, Trent Alexander-Arnold and Fabinho all left on the bench, while Roberto Firmino was forced to miss out through injury.

It would be Fulham who looked the liveliest in the opening period of the game, with Ademola Lookman looking a particular bright spark down the left for Scott Parker’s side, the former Everton winger seeing an effort blocked by Neco Williams.

On the stroke of half time though, the Cottagers would take a lead that their positive play deserved, Andy Robertson only able to clear an Ivan Cavaleiro free kick to the edge of the box. Mario Lemina beat Mohamed Salah to the ball, before firing a fine strike across Alisson’s goal which nestled into the bottom corner to give the relegation-threatened side the lead.

Liverpool looked to have come out with a bit more intensity at the start of the second half, and they would have been level within three minutes of the restart if it weren’t for an excellent reaction save from Alphonse Areola, the Frenchman keeping out a rasping volley from the left-foot of Diogo Jota following a Williams cross from the right.

Jurgen Klopp called upon Sadio Mane from the bench, and in the 69th minute the Reds number 10 saw a looping header come back off the post, while Xherdhan Shaqiri curled an effort narrowly wide as the champions looked to get back on terms.

Liverpool continued to dominate the ball, but in truth, didn’t exactly put a seige on Areola’s goal, Fulham’s defence being well marshalled by Joachim Andersen as the visitors held on for a well-earned clean sheet and three points.

Speaking afterwards, Jurgen Klopp admitted have ‘never had momentum’ during this most difficult of seasons 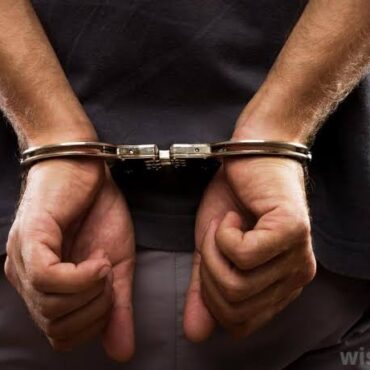 The All Progressives Congress (APC) candidate, Muhammad Adamu, has won the bye-election held on Saturday in Kafin-Hausa constituency to the Jigawa State House of Assembly. The declaration was made on Saturday at Kafin-Hausa local government collation centre by the returning officer, Ahmed Kutama. He said Adamu of the APC polled 14,924 votes to defeat his main rival, Garba Tambale of the Peoples Democratic Party (PDP) who got 8,612 votes. The […]