Prince Harry’s wife Meghan Markle on Sunday said she contemplated taking her own life after joining the royal family, and raised allegations of racism in the monarchy during an explosive television interview.

Explaining the couple’s dramatic exit from royal life, Meghan said she was denied help during her mental health crisis, was targeted by lies, and that there was official concern about the skin color of her unborn son.

Meghan, whose father is white and mother is Black, spoke out in an interview with Oprah Winfrey that immediately became one of the most extraordinary chapters in recent royal history and was set to rock the British institution.

“I… just didn’t want to be alive anymore. And that was a very clear and real and frightening constant thought,” she told Winfrey, describing the impact of a torrent of vitriol from hostile tabloids and social media.

Asked if she had had suicidal thoughts while pregnant, Meghan replied “Yes. This was very, very clear.”

Recalling how she felt at the time, she said that “I’m scared, because this is very real.” 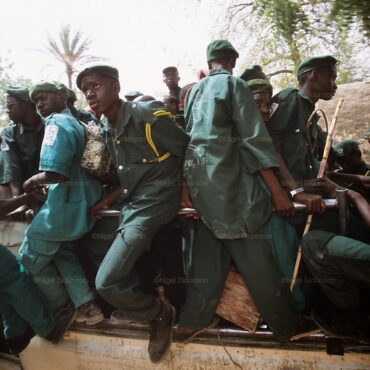 Eminent Nigerians have been felicitating with Vice-President Yemi Osinbajo on today’s celebration of his 64th birthday. President Muhammadu Buhari led the felicitation with his deputy, whom he described as reliable and dedicated and who “is not only admirably competent but also exudes confidence and passion in the performance of his job”. Other national leaders greeting the Vice-President on today’s birthday include All Progressives Congress (APC) National Leader, Asiwaju Bola Tinubu, […]