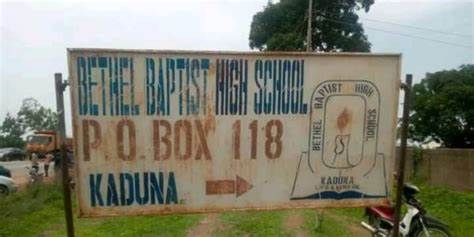 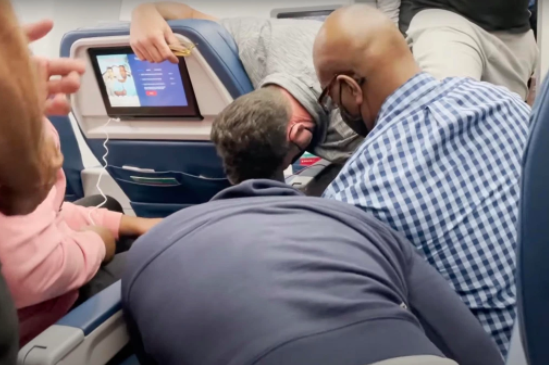 Passengers on a Delta Air Lines flight subdued an off-duty flight attendant who tried to commandeer the plane’s PA system.

The Captain of the flight called on “all able-bodied men” to help subdue the flight attendant who was wearing a helmet and kneepads.

The flight attendant was on leave when the incident happened on Friday, June 11.

The frantic footage from inside Friday’s Delta Flight 1730 from Los Angeles to Atlanta shows several passengers and crew members struggling to subdue the “unruly” off-duty worker.

“Stay down, man!” one person told the flight attendant.

It took at least five people to subdue the male passenger.

The plane had to be diverted to Oklahoma City where the off-duty worker was reportedly taken into custody by police.

FBI spokeswoman Megan Lauro told the New York Times that the off-duty flight attendant was jailed and was being questioned by authorities. 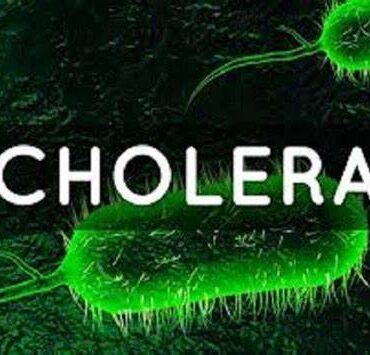 Super Eagles captain and Kano Pillars striker, Ahmed Musa, has expressed his disappointment over crowd troubles in the Nigeria Professional Football League (NPFL).The NPFL match-day 27 match between Kano Pillars and Akwa United was disrupted at the Ahmadu Bello Stadium, Kaduna, when fans of both clubs stormed the pitch on Saturday.In a lengthy post, the 28-year-old Super Eagles captain praised match officials and told organizers of the season league needs […]

Over 900 million doses of COVID-19 vaccines have been administered in China as of Monday, the National Health Commission said on Tuesday. The commission vowed to ensure a steady vaccine supply and continue to facilitate mass vaccination. China announced on June 3 that it had administered more than 700 million […]