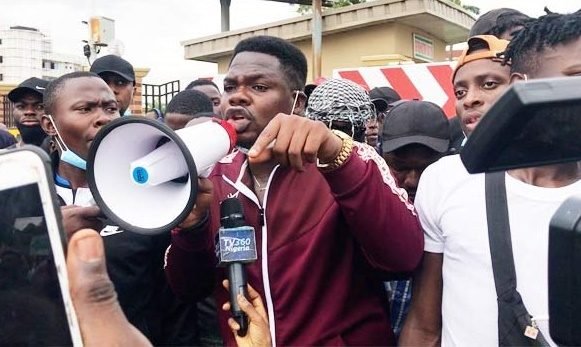 The popular comedian, Debo Awe also known as Mr Macaroni and Seun Kuti the son of the legendary musician, Fela Anikulapo Kuti has kicked against the planned peace walk organized by the governor of Lagos state.

The governor in a speech on Tuesday on the Lekki shootings of October 20, 2020, had announced his plan to lead A WALK FOR PEACE in December to herald the healing of the land.

He had made an open invitation to the youths, members of the diplomatic corps, civil society groups, students and the media as well as other stakeholders to join the walk.

But on “POLITICS TODAY” a popular show on Channels television, anchored by Seun Okinbaloye, the duo of Mr Macaroni and Seun Kuti who were invitees on the program made their intentions known not to participate in the exercise.

They both opined that the exercise is not enough to foster peace when due justice is not served for all the victims of police brutality. They urged the government to implement the recommendations in the report of the EndSARS Judicial Panel of Inquiry that was submitted on November 15, 2021.

Indigenous People of Biafra (IPOB) has stressed that it is not against the restructuring of Nigeria. This was stated by the Media and Publicity Secretary of the group, Emma Powerful, on Monday in a statement made in Awka, Anambra State. The group reiterated that its major demand was for a referendum to approve whether “Biafra” would continue to be part of Nigeria or not. Mr. Emma said, “ The Nigeria […]