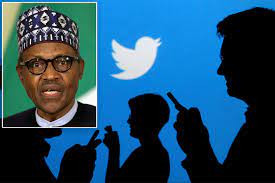 Nigeria has lost N24.72bn in 10 days due to the Twitter ban imposed by the Federal government.

The Federal government on June 5 placed an indefinite suspension of the operations of the microblogging app in Nigeria after the site took down a tweet posted on the President’s handle.

According to NetBlocks Cost of Shutdown Tool, an international Internet monitor, Nigeria loses N102.9m ($250,600) every hour to the ban.

The digital rights advocacy platform estimates the economic impact of an internet disruption, mobile data blackout or app restriction using indicators from the World Bank, International Telecommunication Union (ITU), Eurostat amongst others. According to its analysis, an estimated N2.1 billion naira was lost when Nigeria shut down Twitter for 24 hours.

According to a report by Statista, Nigeria has about 33 million active social media users with about 26 per cent on Twitter.

The Director-General of the Nigerian Association of Chambers of Commerce, Industry, Mines, and Agriculture, Ayoola Olukanni, while commenting on the ban, said it has a more adverse effect on micro, small and medium businesses who rely on social media to conduct their business.

Communication is a significant part of sales and marketing in this digital age.  Consequently, the Twitter ban will likely impact negatively and disrupt businesses especially Micro, Small and Medium Enterprises who rely on social media, such as Facebook, Instagram including Twitter to conduct business.

It will therefore most likely negatively impact the IT sector of the economy which is already facing several other challenges.

While it may be considered that there are alternative social media platforms, the abrupt nature of the suspension would mean a loss of existing contacts and a cost of migration.

We must of course also not and cannot, discountenance the national security dimension of the misuse of social media and micro-blogging platforms to inspire violence outside its use to conduct Business. Olukanni said

The Miyetti Allah Cattle Breeders Association Of Nigeria has denied issuing a 72-hour ultimatum to Delta State government to reverse its laws on open grazing. Secretary-General of MACBAN, Usman Baba-Ngelzerma alleged that faceless individuals are behind the ultimatum only meant to create mischief. He further described MACBAN as a responsible association with eminent personalities like the Sultan of Sokoto as its patron, and as such will never do anything to […]