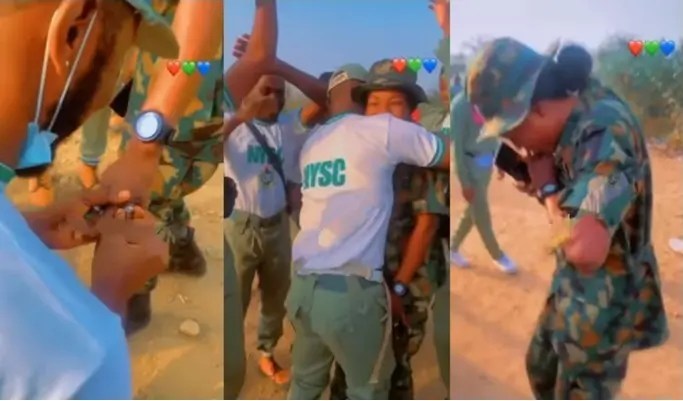 The Nigerian Army has supposedly arrested the female soldier who recently got proposed to in Kwara state NYSC orientation camp for accepting marriage proposal from corps member in public.

The Nigerian Army has detained the yet to be identified female soldier who accepted a viral marriage proposal from a male corps member of the National Youth Service Corps (NYSC) in a video that recently went viral.

The Army confirmed that the female soldier was placed under arrest since the recorded public proposal which took place at the NYSC Orientation Camp, Yikpata, Kwara State.

It was witnessed that the romantic event actually took place at the Passing Out Parade (POP) of Batch B, Stream 2 of the 2021 Corp Members on Tuesday.

It was also gathered that under the Terms and Conditions of Service in the Army, every recruit must stay single for the first three years of service, meaning that marriage is banned for such category of personnel for reasons best known to the Nigerian army.

She is currently in a guardroom and is facing the consequences of her actions according to an audio which also went viral recently. news and a voice note.

Below are some of the reasons pointed out for her detention:

– Not due for marriage.

– Doing other things aside from her purpose in NYSC camp.

– Disobedience to ethics and tradition of the Nigerian Army. 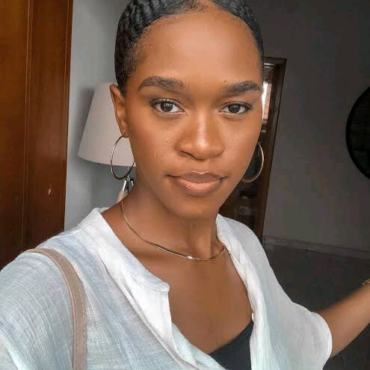 Popular Nigerian Instagram comedian, Gloria Oloruntobi also known as Maraji has announced that she is pregnant. The social media influencer announced the news with a dance video on Instagram on Monday, December 20, 2021 and also confirmed the news on her Instastory. She shared the screenshot of a chat with a friend on her Instastory confirming that she is pregnant. Maraji has been away from social media for a while […]