Osinbajo Says Nothing Can Seperate Nigeria 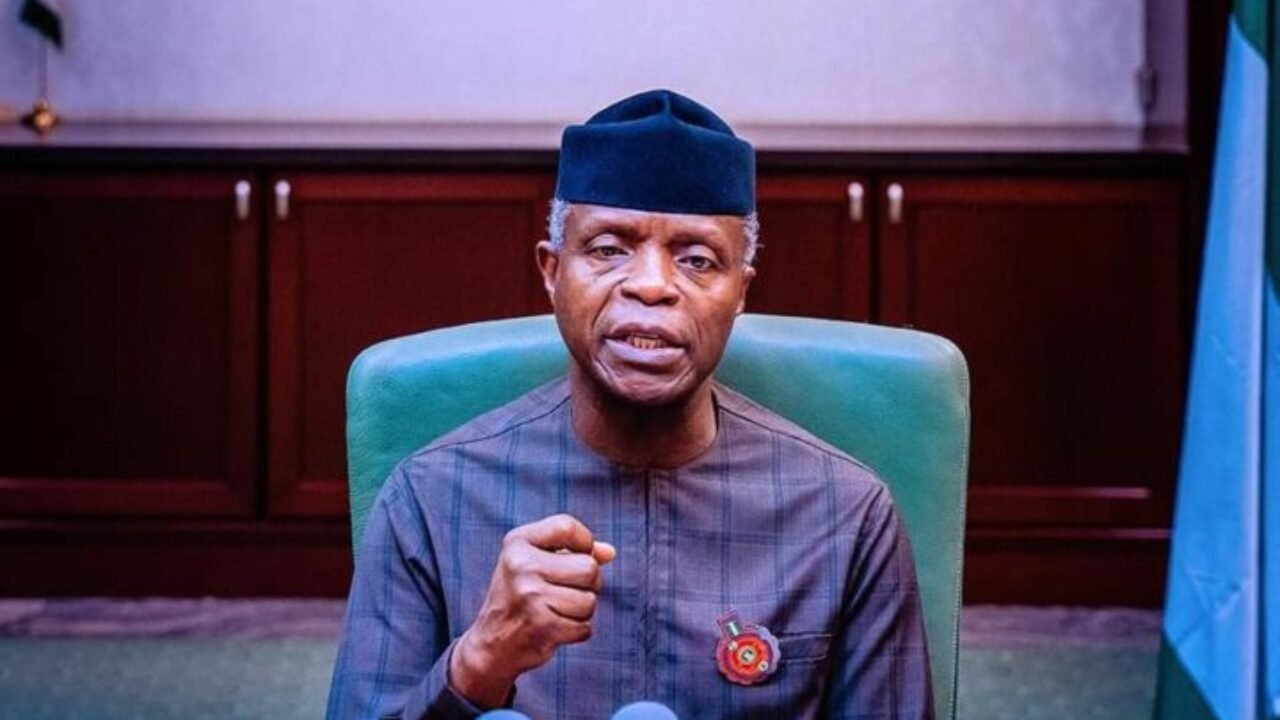 Osinbajo said this on Saturday during a courtesy visit to the palace of Umar Farouk, Emir of Katagum, shortly after attending the wedding of Fatima Adamu, daughter of Adamu Adamu, education minister, in Azare, Bauchi state.

Laolu Akande, Osinbajo’s spokesperson, quoted the vice-president as saying: “This is one occasion where you will find that our country is truly a united country and that nothing can separate this country, not ethnicity or religion or class.

“There is nothing that can separate this country. In fact, this is excellent evidence of the fact that this country is united.”

Praising the Emir of Katagum Osinbajo said: “Katagum Emirate is a place where your royal highness has continuously demonstrated the willingness to accommodate people from all parts of the country.”

He also hailed the education minister for believing in an unified country and for building bridges across political and religious divides.

“Every one of us is here because of our personal relationship with you, this is the way leadership should be,” the vice-president added.

Governor Oluwarotimi Akeredolu of Ondo State on Sunday visited Omolege Junction, near Ute in Ose Local Government Area where gunmen on Thursday night killed three people and razed down buildings in the community. The governor’s visit is contained in a statement made available on Sunday in Akure by Mr Richard Olatunde his Chief Press Secretary. Akeredolu, who commiserated with the people over the incident, particularly the death of community head, […]