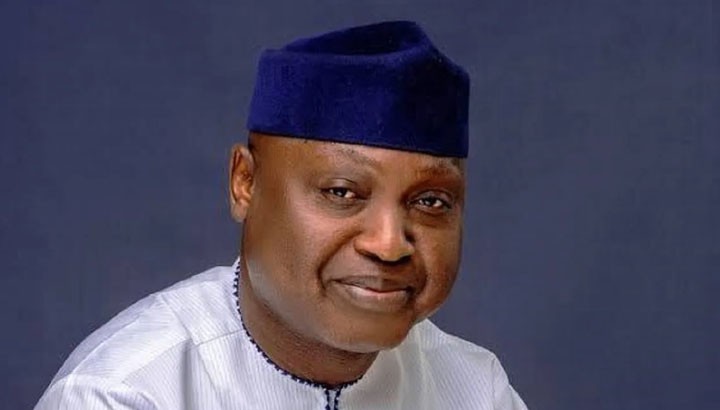 Bringing an end to the administration of Kayode Fayemi, Abiodun OYEBANJI and his deputy, Chief (Mrs) Monisade Afute, have been sworn in as the Governor and Deputy Governor of Ekiti state, respectively. They were sworn in by Hon. Justice Oyewole Adeyeye, the Chief Judge of Ekiti state, on Sunday, October 16, 2022.

The tenure of Kayode Fayemi lapsed, and it paved the way for another helmsman to take over for the four coming years. The newly elected governor was a former secretary to the State Government. He was also a candidate for the All Progressive Congress, known as APC. He emerged as the winner in the governorship poll that took place on June 18, 2022.

Shortly after his inauguration, he addressed the people. He promised that his governance would be all-inclusive, making the state a place where equity, prosperity and unity would blossom. He also said that during his tenure, a high premium would be placed on Human Capital Development, Arts, Culture, Agriculture and Rural Development, Tourism, Infrastructure and Industrialization, and good governance for the transformation of the state. In his words, “I’ll make Ekiti a land of abundance.”

The motion to decertify Celestine Omehia as an ex-governor of Rivers State was passed by the lawmakers during a sitting on Thursday, 6th October 2022. The house unanimously voted for his decertification after he parted ways with Governor Wike and went with Atiku. The motion was first moved by the leader of the house, Martin Ameawnule, then Evans Bipi during a plenary on the same day. All the present members […]