The prominent Adeleke family of Osun State has taken their discord over the July 16 governorship election to the social media.

Two members of the family, namely Ademola Adeleke, a former senator, and his nephew, Dele Adeleke, were recently cleared by the Peoples Democratic Party (PDP) to contest its governorship primaries holding later this month.

They were cleared alongside four other aspirants.

The ambitions of the two Adelekes have divided the family which also produced the first civilian governor of Osun State, Isiaka Adeleke, who later became a senator.

The former governor died some years ago while serving as a senator and was replaced by his younger brother, Ademola Adeleke.

On Tuesday, a member of the family and popular musician, David Adeleke, popularly called Davido, took to Twitter denouncing his cousin, Dele Adeleke, “for daring to run against their uncle in the forthcoming election”.

The singer, in the post, downplayed his cousin’s capacity to run for governor.

“Wonderful! Me I finished uni(versity) with a 2.1. But it’s now cousin Dele who struggled to even get a 2.2 that is now forming “intellectual”. Intellectual that has not succeeded in building one single thing in his life on his own. This life ehn! Osun beware of FAKES! @deleadeleke001,” the singer wrote on his Twitter page on Tuesday. 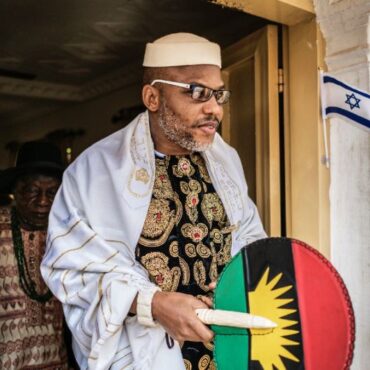 Heavy security has been reinforced today, at the Abia State High Court, Ikot Ekpene Road Umuahia as the court hears the leader of the Indigenous  People of Biafra (IPOB), Mazi Nnamdi Kanu's suit against Federal Government. Motorists and pedestrians are to take another route because all the roads leading to the court premises have been blocked People entering the premises were asked to identify themselves through their identity cards including […]