Sanwo-Olu Says Tinubu Is Most Qualified Candidate For 2023 Presidency Lagos State Governor, Babajide Sanwo-Olu has describes the National Leader of the ruling All Progressives Congress (APC) Bola Ahmed Tinubu as the most qualified and marketable choice for the 2023 presidential election.

The governor while speaking during the formal inauguration of Asiwaju Bola Ahmed Tinubu (ABAT) Movement’s Working Committees said Tinubu’s capability to effectively manage human and material resources stands him out as the most qualified candidate.

It would be recalled that Tinubu announced his presidential ambition earlier in the month.

The former governor of Lagos State said he had informed the President of his ambition, adding that he would inform Nigerians when he’s done consulting. 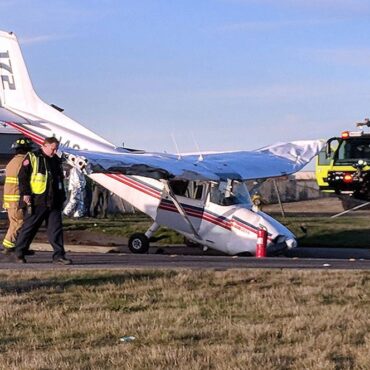 A helicopter belonging to the Nigerian Police Force crashed in Bauchi on Wednesday, injuring six persons, the Accident Investigation Bureau, AIB has revealed. The helicopter took off from Abuja but AIB stated that no life was lost in the crash. The Bureau said it was informed of the accident by the Nigerian Airspace Management Agency (NAMA) and an inquiry is already underway. “On 26th January, 2022, Accident Investigation Bureau, Nigeria […]