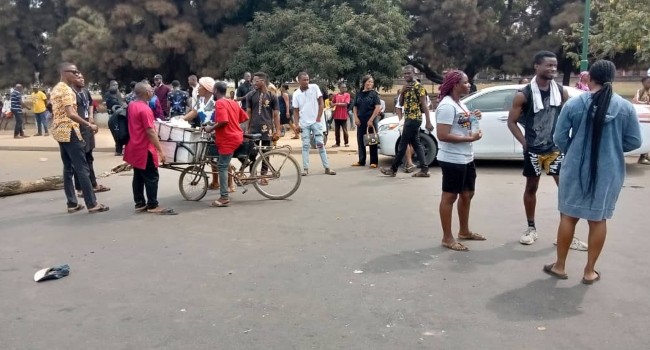 Students of the University of Benin (UNIBEN), Edo State have barricaded the roads in a solidarity protest for the ongoing strike by the Academic Staff Union of Universities (ASUU).

The protesting students blocked the Benin-Lagos expressway in the school axis, resulting in outcoming and incoming vehicles getting stuck in gridlock.

The UNIBEN students commenced the two-day solidarity protest on Wednesday, insisting that they are determined to continue with the action until the Federal Government fulfills the 2019 agreement they had with ASUU.

They are also calling for a robust reworking, of the public university system in Nigeria, so they can compete with institutions in other more civilised countries.

President of the union, Emmanuel Osodeke, announced this at a press conference after a two-day meeting of the union’s National Executive Council (NEC). According to him, the industrial action, which begins immediately, is “comprehensive and total”.

“We don’t like to see our students at home. We don’t want our academic calendars disrupted but our demands are not met,” he said

Some of the lecturer’s demands include the revitalisation of public universities, earned allowance, improved funding of state universities, and promotion arrears.

Others are the replacement of the Integrated Personnel Payroll Information System (IPPIS) with its own University Transparency and Accountability Solution (UTAS) in the payment of emoluments to its member. 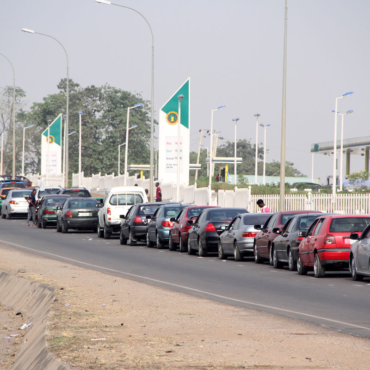 Fuel Queues Will ‘Vanish’ By Next Week, NNPC Assures Nigerians

The Nigerian National Petroleum Company (NNPC) has assured that the fuel scarcity in the country will end soon. Group Managing Director (GMD) of the NNPC, Mele Kyari, gave the assurance on Wednesday in a meeting with the House of Representatives ad-hoc committee investigating the importation of adulterated fuel into the country. “For this current situation, let me assure you we have taken every necessary step to restore supply into this […]