Pike Electric service trucks line up after a snow storm on February 16, 2021 in Fort Worth, Texas. Winter storm Uri has brought historic cold weather and power outages to Texas as storms have swept across 26 states with a mix of freezing temperatures and precipitation. Ron Jenkins/Getty Images/AFP

The polar vortex storm that plunged Texas into chaos continues to reverberate through the state’s power grid operator, which fired its CEO on the same day Congress launched an investigation into its failures.

The staggering cost of last month’s storm, which killed dozens, left millions without electricity and water, and caused billions of dollars in damage has prompted ratings agencies to downgrade the debt of Texas’s electric utilities, at least one of which has already filed for bankruptcy.

The board of the Electric Reliability Council of Texas (ERCOT) has become a prime target for customers’ and politicians’ ire over its apparent failure to prepare for the cold weather and the enormous bills some customers have faced due to a massive spike in energy prices.

ERCOT’s board fired President and CEO Bill Magness late Wednesday after an emergency meeting that gave him 60 days’ termination notice, the company announced. 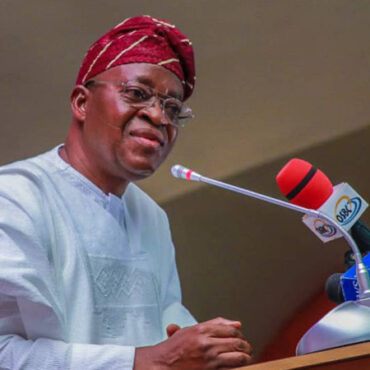 The Baptist Conference in Ilorin, on Thursday, warned that the blanket approval by the Kwara State Government on the use of hijab in public schools in the state, will lead to avalanche of reactions which end could not be predicted. At a press conference in Ilorin, President, Kwara Baptist Conference, under the Nigeria Baptist Convention, Rev. Victor Dada, said “By this move, the state government is saying the Muslims’ purported […]